Showing posts from December, 2012
Show all

In preparation for the end of the world... 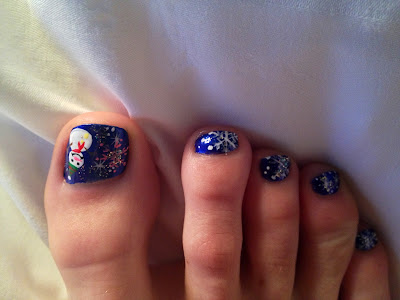 12/20/12 I don't know about you, but I'm really putting in an A effort to prepare for the end of the world. This morning I went to the Zombie WOD (6am) and completed the "End of the World" WOD (although we later figured out that it was a little early since the world is going to end US time, not Japan time. Still, better to be early than late to something like this. After work today I went to get my final Cocok's pedicure of 2012. Festive of course. How can one focus on the impending doom of the world ending when there are happy snowmen and snowflakes on their tows. I find the task daunting, I instead am thinking about hot cocoa with marshmallow mountains. My final step to prepare for the end of the world is this. Printing my boarding pass. That's right folks, I'll be airborne when the said incident is scheduled to occur, in transit to the US. If you ask me, this seems like the best place to be, as far away from the mass hysteria and gathering of c
1 comment
Read more 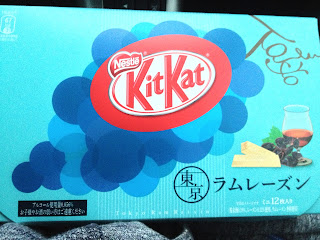 12/18/12 Special thanks to my dear friend Natassia, I have a new flavor to add to the "collection"...Rum Raisin! Found somewhere in transit from mainland Japan and Okinawa!
Post a Comment
Read more

Unlocking your iPhone (AT&T iPhone 4s in my case)

December 09, 2012
12/9/12 I'm shocked that it has taken me this long. Embarrassed even. But here it goes. I've been meaning to investigate the process of unlocking my US iphone for some time now and just haven't gotten to it. Until today. The purpose (for me) would be to have the ability to use it overseas when I travel for more than just a wifi device. So, if you are an AT&T customer and interested in the process here you go. It's simple and takes minutes: First you need to fill out a simple form on AT&T's website. You need basic account information and the IMEI number (this can be found by going to Settings then General then About) Form to request your iphone be unlocked Now you just patiently await AT&T to get back to you. They indicate they will get back to you within 7 business days And here is the link to check the status of your unlock request: Check your unlock request Best of luck saavy travelers! 12/15/12 *Update* Just received the email toda
4 comments
Read more
More posts