Showing posts from October, 2017
Show all

A Single Girl's Guide to Online Dating: Episode 2: The 2 Witnesses 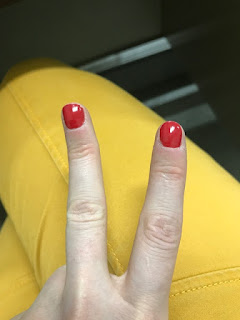 10/28/17 Without further ado, 2 witnesses. Perhaps the most epic dating disaster I've had, the most appreciated story by my friends, and one that constantly gets referenced via the tagline "2 witnesses". I talked to this person (I'll call him Cameron to preserve his real name, for those of you dating in Okinawa, his POF name had "adventure" in it but I also won't disclose the full name there because I'm not a total shady bitch!) for a really long time via POF, then eventually text, and even after that a FaceTime conversation before we eventually went out. All seemed really cool despite the big age difference, and the fact that he clearly states that he is very religious, and I clearly state that I am not. Throughout conversation he did indicate that he would never shove Jesus down my throat etc, phew. As I sit here typing, I wish that were the case. What happened in actuality was way worse! It started off well, maybe I was blinded by the
Post a Comment
Read more

A Single Girl's Guide to Online Dating: Episode 1: The Background

October 26, 2017
10/27/17 This has been a draft for some time. Waiting in the wings for the perfect time. While I won't disclose real names or identifying information for any of the disasters in this little mini series I'm dubbing "A Single Girl's Guide to Online Dating", I will give you the information that I was given, as well as the roller coaster rides I was taken on. Here's what they don't tell you about online dating. You have to become the FBI. The freaking FBI. You might think you're smart, you need to get smarter. Everything is a lie. Perhaps some of you are out there reading this thinking, that cynical bitch doesn't know what she's talking about. I do, I assure you! Believe absolutely NONE of what you read and hear online. NONE. Don't get caught up in the web of lies. People have no shame in lying to your face. Know this, understand this. You should also know that someones crazy is not a reflection of you. You also don't have to go down th
Post a Comment
Read more 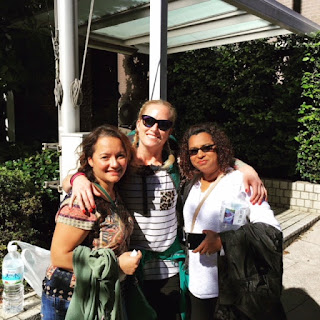 10/26/17 A whitey, a Mexi, and a Paki walk into a bar... A few days have passed since we all parted ways and returned to our respective homes, and presumably sobered up. Although, I'm not entirely convinced that my urine isn't still 90% Tito's Vodka! While I like to think that I can be cunning and witty at times, there is absolutely no way in the world that I could (or would even attempt) accurately put to words the epic-ness of the Girls Trip weekend that just occurred. Shenanigans just doesn't seem to do it justice. It's pretty safe to say that we all probably pissed our pants...more than once. We all might need some kind of alcohol treatment, or at least some kind of IV re hydration therapy, don't think we didn't look for one during breakfast one morning! I definitely don't intend to share all of the inside jokes, the laughs, and the inner workings of our girl minds, that make girls trips so sacred. But I will say, that no one is luckier than
Post a Comment
Location: Tokyo, Japan
Read more

October 04, 2017
10/5/17 There's a reason Disney hasn't animated a movie with a stunning princess seeking her Prince Charming via a platform such as Tinder, POF, OkCupid, or any of the other online methods. There's a reason. It's also the reason I like to believe that I'm still single. I like to think that it has less to do with me, and more to do with the options presented to me via these methods. Disney couldn't handle such a story. Quite frankly some days I'm not sure that I can. But as someone who is living and breathing it, I'm here to give it to you real. And with some distance from a lot of these, I can honestly laugh my ass off, because let's be honest, this shit really only happens to me! This blog post will be a bare bones overview of the process, keep your eyes peeled for future posts, drafts I've been saving to "out" individual stories of "dates" I've had that have been complete nightmares. But to keep your attention let'
Post a Comment
Read more 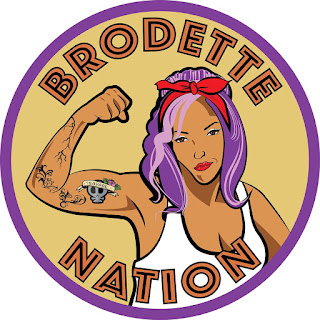 10/4/17 Today's the big day! I've had this little nugget in my back pocket eagerly awaiting it's release! This was recorded the same week my life made a drastic change (not something I had planned or a change I initiated) an engagement ended, but this turned out to be the biggest blessing and enabled me to open my eyes to the treatment I was receiving, the position someone was putting me in, and ultimately what I deserve in life. So when Natassia asked me to be on her amazing Podcast how could I possibly say no?! So I didn't! Give it a listen, it's on all podcast platforms, FREE, and available for download now... here is the link to the iTunes version: Brodette Nation And, have no fear, we have some things in the pipeline and I'll be back for season 2. Ever wonder what it's like dating at 37 years old, better yet online dating? Want to hear some of the bullshit and nightmares I've encountered? I assure you I can't even make some of it up! We
Post a Comment
Read more
More posts