Beach Camping in Okinawa: The Keramas

So I had the opportunity for a nice little staycation and I won't lie, I was shitting my pants a little thinking about it because camping really isn't my jam! When I think of camping I think of a 3 star hotel type setting! But, since it's basically paradise, and camping on the beach, I figured I would give this a go. I'm so glad that I did, it was an amazing opportunity! I'm so glad that I did! The snorkeling was beyond any words that I can put onto paper!

Ok so the not so glamorous part of it: the bugs and the heat. I won't spend too much time on that because there is SO much positive to touch on that it truly outweighed these two things, yes even for me, the person who hates being too hot and doesn't like bugs! 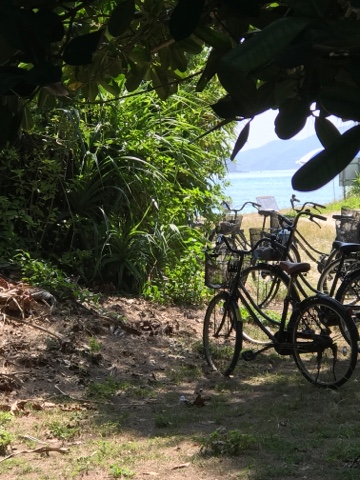 I will never ever be able to properly describe the snorkeling. "Amazing" is doing it a disservice. When you have the ability to snorkel with sea turtles every single day, multiple times a day, you truly have to pinch yourself. Yes this was our reality! 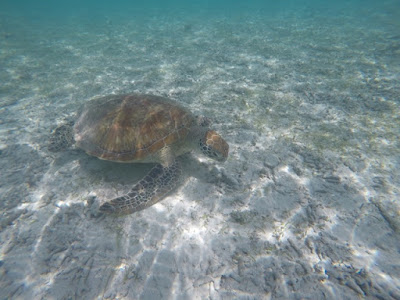 We chose to bring way more shit than we probably should have, but in all honesty we used ALL off it! We had 2 (!!) beach wagons packed full of stuff. Things that we brought were our Pelican Cooler (packed full of our food for 2.5 days), our portable grill and small propane tank, snacks, snorkel gear, beach stuff, sunscreen, bug spray, our Eno portable hammocks, small camping eat wear, and I'm sure some other things that aren't getting mentioned. We chose to rent a tent at the campground (this worked perfectly). You don't HAVE to bring your own food, there are two small places to eat right at the campground then also a couple of restaurants near the port.

Zamami has the most turquoise water that even my pictures don't accurately represent. 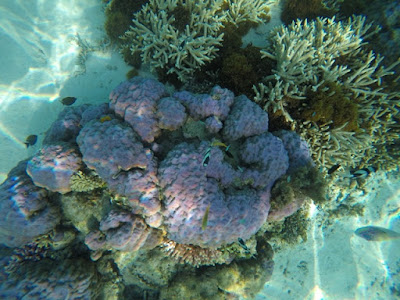 I would love to go back and explore some of the smaller islands directly off of Zamami (uninhabited). I know that the Mister has said that he'll never do camping with me again (perhaps I complained a time or two about the 90 degrees and humidity or the infestation of ants and mosquitos...allegedly) but I just have a hunch that we've got plenty of Keramas exploring to do! 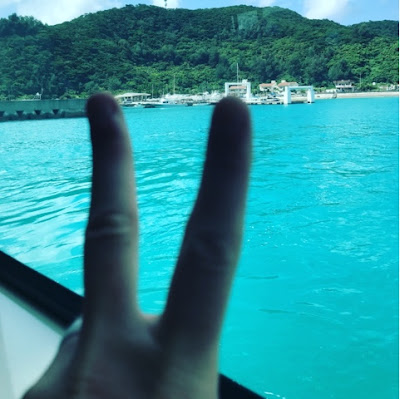 All of the details:

Where to stay
We stayed at Ama Beach Campground. Ama Beach is the beach where the sea turtles frequent and the one that happens to be the sandier of the two popular beaches on Zamami Island. The campground backs up unto Ama Beach so the location is perfection.
If camping isn't your cup of tea, then they do offer cabins for rent (but they're much more expensive, to the tune of approximately $200 a night). Camping is approximately 300 yen (less than $3) per person per night. The cabins sleep 10 people and have their own private showers/bathrooms, and AIR CONDITIONING!
Don't feel like shleping your crap to the island, you don't have to! They will rent you a tent, a sleeping bag, and an array of other items you may want/need.
The campground only accepts reservations via telephone, and they have limited English so be patient and respectful and you'll have no problem getting your reservation!
The phone number for reservations is: 098-987-3259

Getting there
From Okinawa you take the ferry from Tomari Port. There are two options, the slow boat or the high speed. The slow boat enables you to take your car (you don't need it) and it is cheaper if you just choose to ride that one, but it takes longer.
We took the high speed ferry for a few reasons (one being that I get sea sick and don't care to be on a boat longer than I have to, but also because we just wanted to get there!)
If you want to reserve online you can do so HERE
If you choose to stay at the Ama Beach Campground, there is a bus that goes from the port to the campground (and other stops). We chose to walk (because we had so much crap with us), it's approximately a one mile walk from the port to the campground, and it's almost entirely flat.

What to do
Snorkel! This is by far the best snorkeling I've done in Okinawa and probably anywhere. I've been to other islands in the Keramas and this has been the best. Every single day (multiple times a day) we were afforded the opportunity to snorkel with sea turtles. It was amazing. Some of the other things we saw in the water were: Sea snake, eel, a plethora of fish, jellyfish (yes they are there, yes we got stung, yes we also saw box jellyfish, no we didn't get stung by those, would we let the presence of jellyfish in the water get in the way of our experiences and ability to snorkel with such amazing wildlife, HELL TO THE NO!
2017 Adventure Ama Beach Beach Camping Eco Travel explore Japan Keramas living abroad Miss Adventures Okinawa see the world Staycation Zamami Island