Typhoon Chan-hom...oh the things you google (and purchase!)

Yes I suppose today is a 2-fer day...
Months without posting, heck almost a year, and now today you get 2!
Typhoon Chan-Hom started yesterday, the forecasts were meager indicating that it wouldn't be a direct hit and I think no one really took it seriously. It was one of the stronger ones I've been through, imagine the impact if it was a direct hit! Here's a photo that was taken on the island, after we had gone into Recovery mode 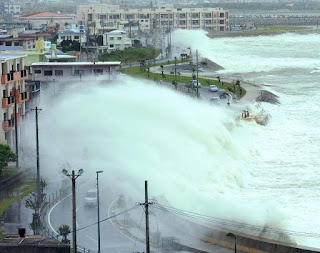 Now, I had gotten a meal or two yesterday but I didn't "stock up" by any sense of the matter. This wasn't going to hit us directly, and from the sounds of the forecast it was all going to occur overnight, so I thought. I actually thought that I'd be able to get up and go for a run this morning. Ha! I woke up to something very different! First of all, this bitch has had me up since 2am...howling winds.
Ever wonder how much Netflix you can watch? Ever had to convince Netflix that you were there and to "continue watching" yes well I've hit that button at least 5 times today. I think I've watched everything in the Netflix and Hulu Plus arsenal. I've watched almost 2 seasons of The Tudors, enough episodes of Drunk History to be fully educated (by drunks of course), and I've been connected to the internet (since thankfully the power was not lost where I am!)

Ever had a day where you laugh at the things you google, or the Youtube videos you peruse? Lets just say that I've probably watched more than 50 "whip nae nae" videos and partially considered my confinement typhoon time as a great opportunity to create my own...then I remembered my inability to perform the required acts for such a dance...so I watched another video...then moved on to online shopping...

I will say that at least I didn't purchase the 16 pairs of running shoes that were in my Running Warehouse shopping cart. I purchased 2, not sure that I will keep them both but they will be waiting for me when I get back to the states (for one day before heading back to Japan...mainland...but that's another ball of wax).

What did I get?

And...
The Altra Impulse 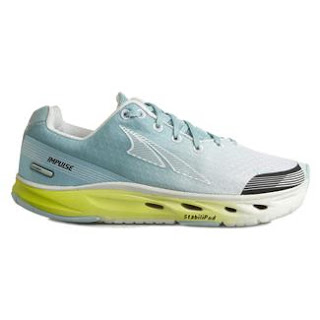 Oh and a tank top...it was on sale... :)
I'm trying out some other shoes...to mix things up. I'm an avid Skora Core users...they're my soul mate shoes, but I'm looking for just a tad more cush to throw in there for longer training days. Recovery isn't coming as easy the older I get.

I feel like I've gotten so much accomplished today :)
Now maybe I should shower...since it's 6pm. Maybe.