Magda and Steve (awesome married couple on their 6 month honeymoon that I met in Thailand) were heading to Nagasaki so it only seemed logical to meet up! I found the train station and the train schedules and off to Nagasaki it was. Now this might seem odd to be taking a trip to explore a new city when I still haven't explored the one I live in, but eh whatever! Plus, it's not every day that friends are so close when you live in the boonies of Japan!

The train that takes me from Sasebo to Nagasaki is called the Seaside Liner or the Sea Liner or something of that nature. While the train is probably the oldest most outdated I've been on, the scenery is priceless. The name is accurate. The entire ride I had the sea on one side and it was gorgeous. Often times the other side had rice fields. I had intended on napping for the nearly 2 hour ride but found myself constantly looking out the windows at the gorgeous views! 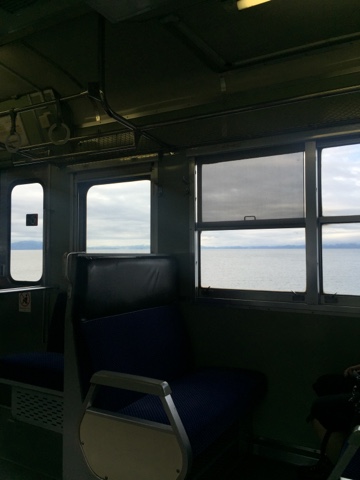 I met Magda and Steve at the train station and from there we hopped a cable car to a stop with a name resembling Hamburger Mochi (where the bomb museum was). The bomb museum while insanely depressing and eye opening was also very well done and quite modern. It was an honest tribute to what occurred, rather than finger pointing or glamorizing. 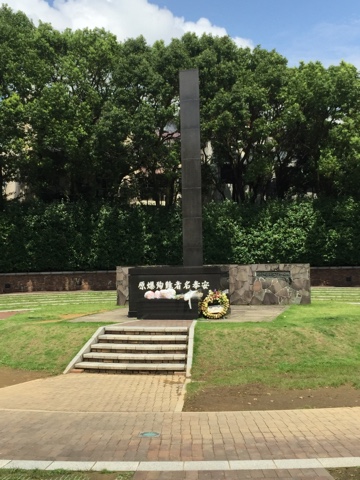 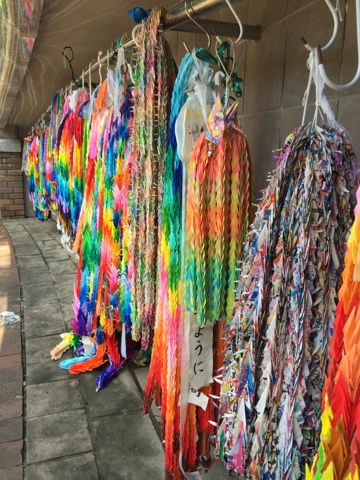 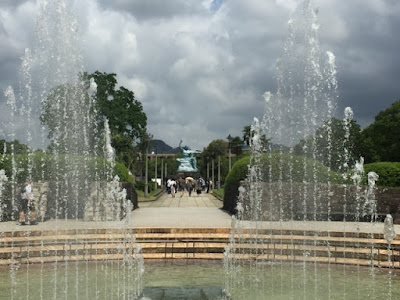 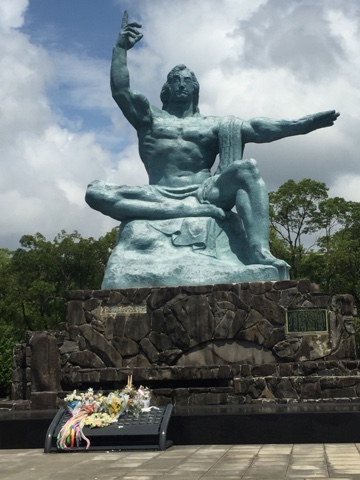 From there we walked to the bomb blast site and then to peace park. The entire city is really well laid out, lush and green, and full of paper cranes and artwork offering peace from students all over the world. What stood out most to me was the emphasis on peace. Here is a population of people who were so tragically impacted by something, thousands decimated, historical buildings destroyed, lives forever changed, yet they offer peace. I think we can learn something from such gracious and forgiving people.

The giant man statue was meant to be culturally neutral and to be equally symbolic of Christianity and Buddha (leg bent in for meditation). I personally think he looks more like Gaston from Beauty and the Beast but perhaps I haven't spent enough time with Jesus. The finger pointing to the sky is to symbolize the direction of the bomb, while the outstretched arm symbolizes peace.

It was so great to be able to see Magda and Steve again and so bizarre too! I mean we had just met in Thailand, yet I had this sneaking suspicion that our paths would cross again. And as we parted ways again today, I had that same feeling. I know we will cross paths again! Traveler spirits always find each other!

You didn't think I would leave you without a little humor...in the event that you don't know how to use the restroom, Japan has you covered, with numbered, illustrated instructions. I have a very clear understanding of the proper steps to take while in the restroom :) Enjoy! 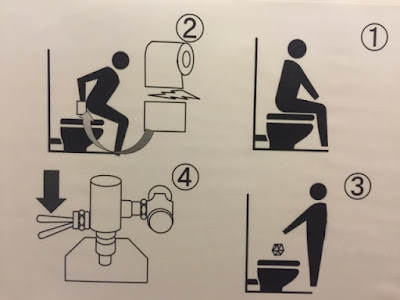