Saga Waterfall Exploration, and WTF did I eat?!

Completely exhausted from a full day of shopping yesterday (and a not so fabulous nights sleep), I got up nice and early to get to my tour meeting place to catch the bus. To be honest I didn't even look at the information for what we were doing and knew little more that it involved being outside and seeing waterfalls. And that was perfectly fine!

The bus took us to Saga, a prefecture approximately an hour away, like much of Kyushu, filled with rice and mountains as far as the eye can see. Some winding mountain roads and we reached our first waterfall. 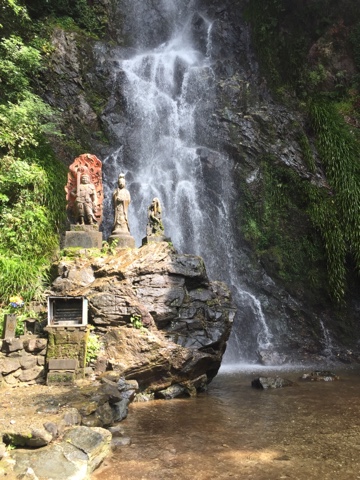 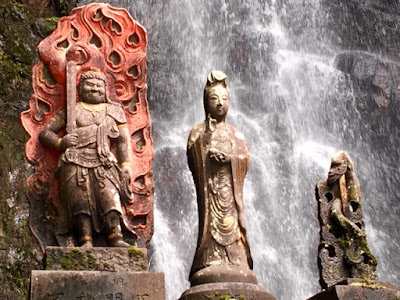 At the top there was a shrine with a beautiful view of the valley below. A monk was caring for it and going through some rituals when I hiked up to see it. 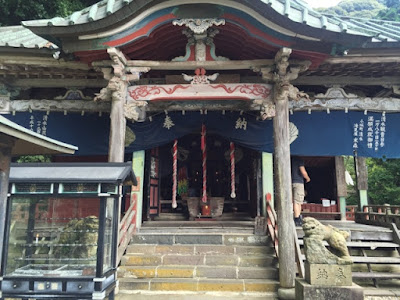 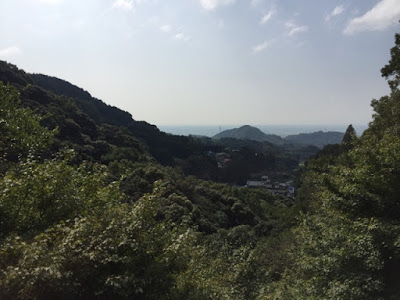 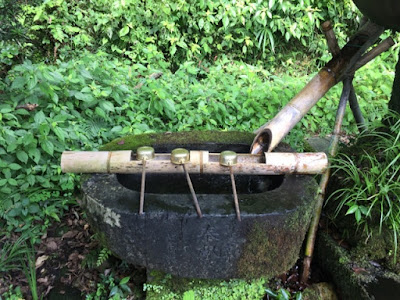 On my way back down (and for the second day in a row) I saw a praying mantis. That had to be good luck right? It's not every day that you see those, but seeing them two days in a row?! 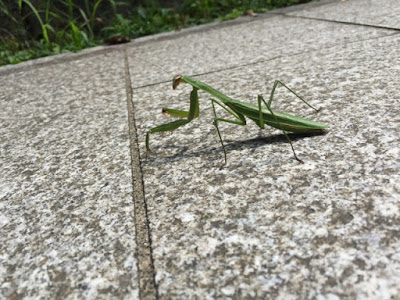 After the waterfall it was back on the bus for about 45 minutes until we reached the Karatsu Umakamon Ichiba Farmers Market. It was huge and something I eish was much closer because they had amazing produce and meats to buy. I bought a bento style lunch and prayed to holy unicorns that the meat was beef. There was no indicator and no English so I took a gamble. I figured that since horse is such a delicacy here that the price would give me a clue and this was prices "as beef" and not as a delicacy. It was quite tasty. And quite, not cooked. But still good if you can get over the pretty raw "beef" concept. I will say that despite my dislike of ginger, I made sure to eat every bite of the ginger that came with my meal, figuring it would 1. Settle my stomach from mystery meat and 2. Kick the oncoming cold out of my system.

It's my goal while in Japan (anywhere in Asia really) to never eat a pet I've had, so if I eat horse I'll really not be happy. That is not a delicacy to me, you know what would be a delicacy...some really crispy bacon, come at me with that and we can talk!

After my mystery meat it was back on the bus and off to another waterfall. I have no idea how long we were in the bus because I was asleep from seat to stop.

When we arrived it was a climb down rather than a hike up to the waterfall. Then a hike on a pretty rugged trail for about 20 minutes until the exit where the bus would meet us. Before I get to that I'll address several things. First the beautiful waterfall (one of the top in Japan. 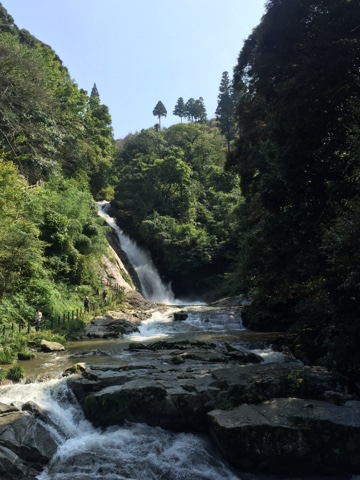 Next the man taking his tortoise for a walk at the waterfall. Yes, I can't make this up. 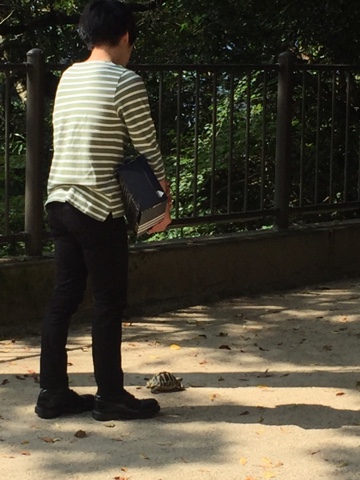 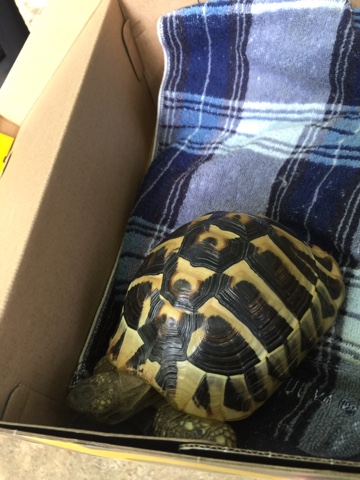 Then perhaps the "shrine" on the way downstream. They say it's a fertility shrine. What you're supposed to do with the massive penis and vagina I have no idea, but since I do not want anything to do with fertility I took that picture from zoom, miles away! 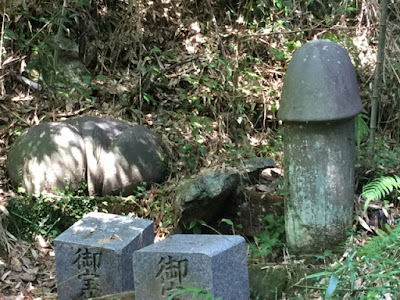 Finally, the cherry on top, or what make me not do nature ever again...
Somehow I ended up being the first one down the trail, I also ended being the lucky one to step into the middle of a snake to have it slither between my legs as I jumped and screamed and looked for a jump starter for my heart. Yeah that happened. The person who hates and fears snakes. Goodbye nature, thought we were friends but clearly you're a bitch!

After finally gathering myself enough to walk without my knees giving out beneath me, I ventured on and found a really cute bridge right before the exit (I gladly ran up the exit hill and out of nature!) 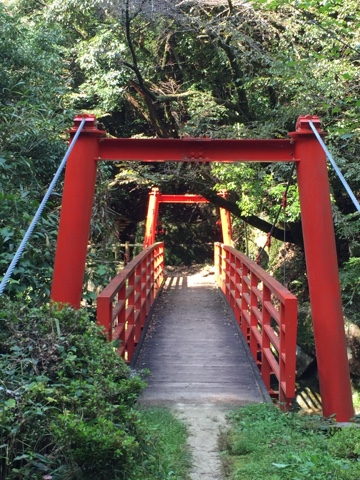 And this is the picture I took probably 2 minutes before snake-a-geddon...or maybe it was after by the looks of my very crooked hat! 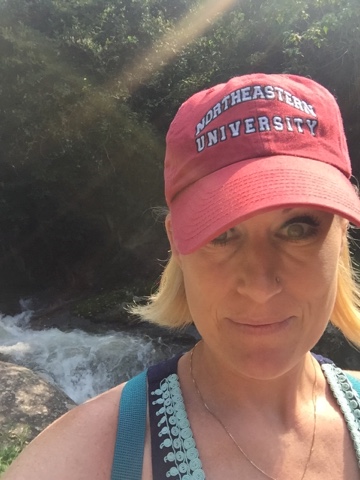 There was another waterfall after this one but to be honest, nothing can top the penis/vagina shrine, the man walking his tortoise at the waterfall, or the snake tangle that I had in the woods...so I'll spare you the details of the climb (which involved a lot of slippery stairs) and just leave a few pictures instead, because yes, it was gorgeous! Now I'm going to consume as much Chu-Hai as humanly possible and try to erase the memory of slithers. 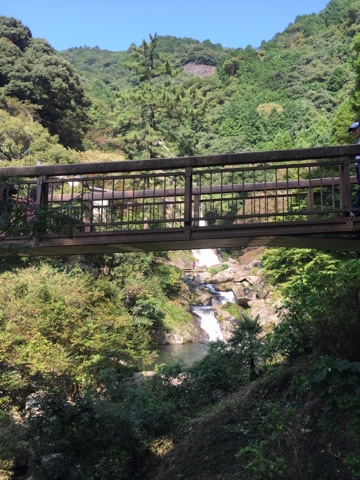 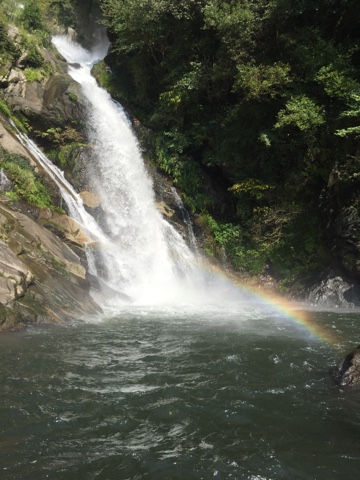