April 01, 2018
Up early trying to steal one last sunrise (and maybe a hopeful glimpse of some wildlife...tigers, bears oh my!). Met some people yesterday who are on a year long world travel adventure (also heading to Pokhara tomorrow) We also learned that helicopter transport is an option, like leaving steps outside of our hotel door, hmmm.

So the helicopter didn't pan out, but that's ok, because the flight not only wasn't delayed but it left early. I won't lie, I was a wee bit nervous when I saw the size of the plane, only 7 freaking windows! When I got on the plane I was even more nervous, it had absolutely NO overhead bins, this meant all hopes of shoving my bag and attached sneakers in there was shattered. So I crammed them under the seat in front of me and did my best for the very quick 15 minute flight. Much to my surprise the flight was incredibly smooth, way better than the one to Chitwan! 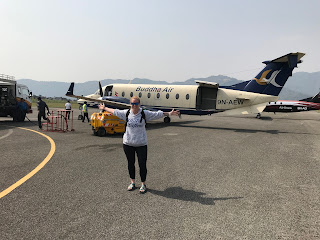 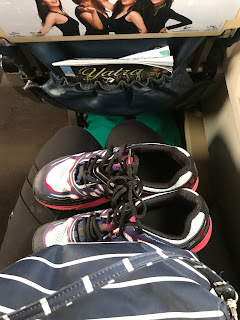 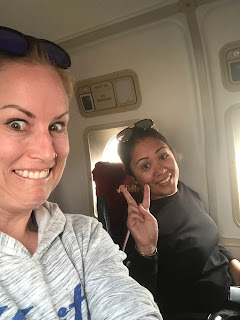 Arriving in Pokhara the weather was stunning. Bright blue sunning skies. Sadly still a little cloudy so the Himalayas were hiding. I have yet to see them on my stay here in Nepal. Once finally checked into the hotel it was time to start planning adventures for time here in Pokhara, time is limited so you really have to be strategic with things to get the most bang for your buck! Since half of the day was pretty much over it was late for any full day excursions. We planned for an early morning helicopter tour to the Annapurna base camp. Weather permitting we will be the first flight out in the morning. It's a 15-20 minute heli ride to ABC, then 45 minutes enjoying the fact that you're standing on the Himalayas, then another 15-20 mins heli ride back. Trip of a lifetime.

After getting that all lined up it was off to do some adventuring (and to find some food!). On the way to finding food we did a little street shopping (window shopping) and in the process I managed to take out a street vendors canopy/awning, and nearly impaled myself with the metal pole. I don't know how I didn't see it, but I swear to you I didn't. I was mortified and apologized profusely to the shop owner who merely said "namaste" to me, which made me feel even more like shit. Furthermore when I walked back through later, he said something regarding "look out for the pole". Thanks dude.

Shopping on the street here in Pokhara is SOOOOO much less intimidating than in Thamel. Thamel is like street shopping in Bangkok. You need to be razor focused, on a mission, and able to be firm. I like to leisurely shop, to browse, to look at things randomly, and to not be harassed. Also it helps to have a Nepali with you who can haggle prices in Nepali so you don't get charged foreigner prices (which are like 3x the Nepali price!) So what's popular here, it appears that tea, spices, felt made items, cashmere goods (bought a nice scarf to hopefully prepare me for tomorrow since we pretty much have summer clothes with us), and Yak items (bought two blankets that I'm super stoked for because lemmmmme tell you about yak, its soft af!) I've decided I love yak. Had some yak cheese with breakfast this morning and it was tasty! Not that I've found a cheese I don't love.

After doing a little shopping, finding a restaurant for some lunch, and relaxing a bit, it was off to adventure. Aka, find the lake. Water activities. I'm told we're kayaking. I prefer activities where I can be a little more sloth like but I'll be a good sport haha! We ended up with a boat. With questionable floatation capabilities, in fact it started taking on water (granted not a lot but enough, considering I know Nepal has crocodiles now) mid round the lake tour. At any rate this was not a motorized boat, the motor was in fact our paddles. And as it turns out this was exhausting in the sun! You can rent various types of boats, and a driver is complimentary with the fee if you choose. I didn't know this until we were in the middle of the lake. At any rate at the same point one of the bigger boats that holds about 20 people and is powered by 2 of the hired drivers (catamaran/pontoon style) literally ran me over. First one side ran up on me and I started yelling (because I had zero intentions of swimming in that water) then quickly the boat basically started to eat me up. The people on their boat started yelling to the driver too. Thankfully there was no swimming done. They said there were no man eating creatures in the lake and that crocodiles don't eat humans, but I've seen what the mosquitos here do to me so I'm not willing to chance it. 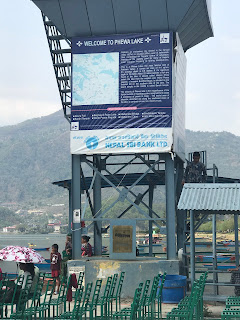 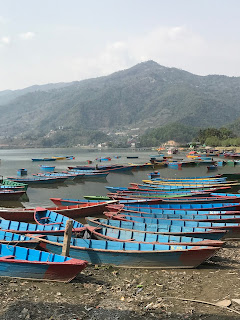 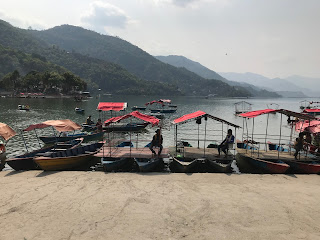 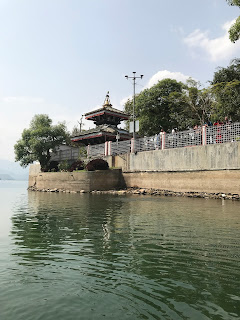 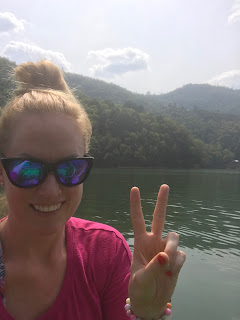 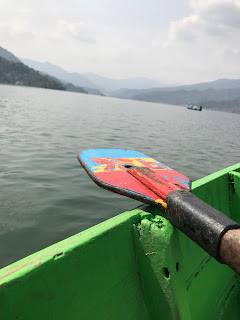 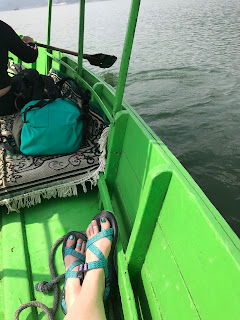 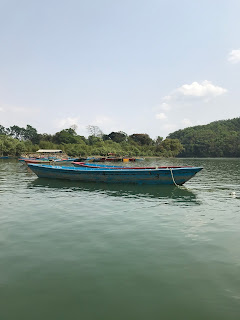 After surviving the lake paddling it was time to cool off, there's only one proper way to do that...gelato of course! 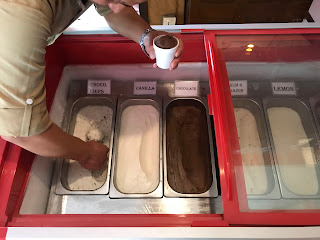 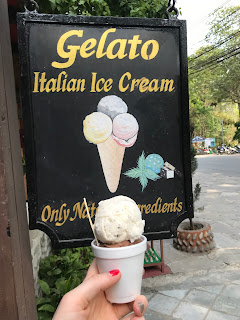 It wasn't bad, certainly not Italian Gelato but good none the less!

Dinner was at the Krazy Gecko which is a super hippie restaurant that sits on the opposite side of the lake and has some unique seating arrangements along the water. The vibe is fun, the food variety is eclectic, and the mood is super chill. Plus they have a swing right on the water, any place with a swing is an instant win in my book!
The cab driver who we acquired may or may not have consumed a large amount of Quaaludes before driving us, but we made it alive. 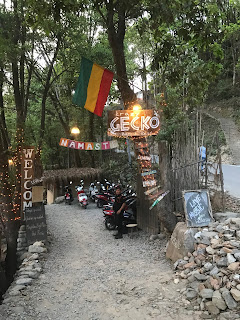 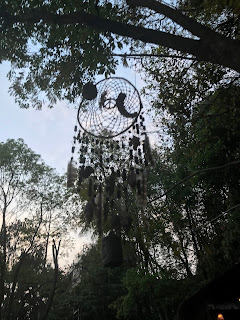 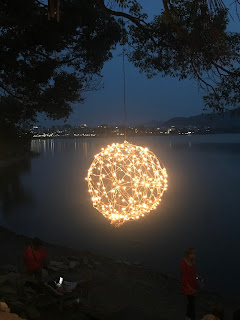 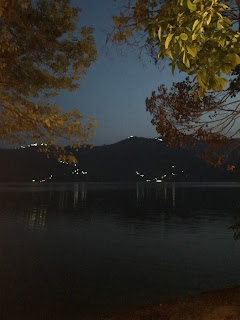 Here is my Quik video for the day :)
I hope you're enjoying the trip to Nepal so far...I know I am! Fingers crossed the Heli ride to ABC goes off without a hitch, total bucket list item for sure! I've never been in a helicopter before, I've also never set foot on the Himalayas...here's to hoping after tomorrow morning I won't be able to say either of those things!