Today is the Queen's Birthday (a huge holiday in Thailand, Thai Mother's Day)

As a result the tour I had tried to arrange (a highly reviewed one on TripAdvisor) was not running. Which worked out fine because yet again it was pouring, and flooding...which also changed my plans about renting a motorbike.

I was a bit lazy in the morning, couldn't get out of that comfy bed! I did however make plans for the Cambodia part of the trip, oh and booked the ferry for Phi Phi and Krabi since you know I'm going tomorrow lol!

After that I was bound and determined to get to the Gibbon Rehabilitation Facility. The weather was dismal but I was super excited about seeing the gibbons, more importantly because this project works to rehabilitate them (I'll spare the gory details because it's horrific and as someone who is highly sensitive to stuff like that I wouldn't want to traumatized someone else) then release them back into the wild. They have had some amazing success, having babies and even now grand baby gibbons who are born in the wild as a result of their program. 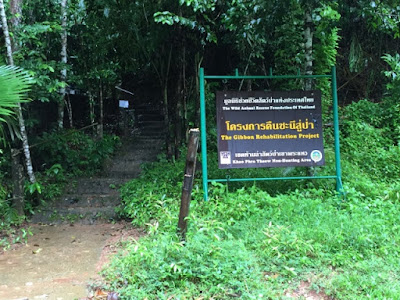 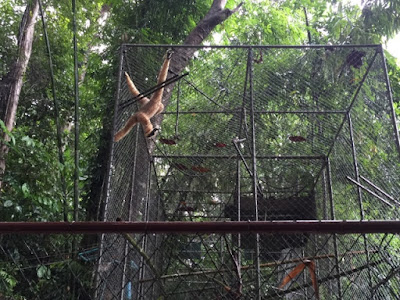 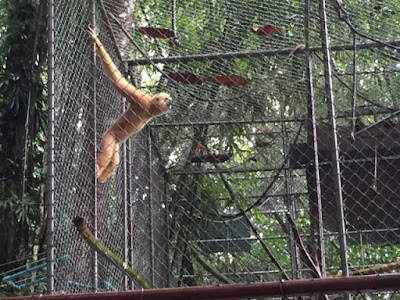 I'm still haunted by the stories of how babies come to the hands of humans,the traumas that so many of these beautiful creatures endured prior to their rescue and placement at the Gibbon Rehab Facility, tragic. In the midst of thinking how truly disgusting humans can be, there Richard, the man who runs this facility and has so much passion for what he does and for saving these beautiful (endangered) creatures.

I knew that I wanted to "give" in some way to this amazing program, so when I saw the "adoption" option I knew that it would be perfect. You can specify the time frame (I picked a year to start), you get to pick your Gibbon (or monkey, they have a few of those on property as well), I picked a little baby girl named Maesa. While you are "adopting" one, the money goes to the entire facility, which I loved. As part of the "adoption" you also get monthly (email) newsletters about how things are going with the Rehabilitation Project, etc.
If you want to donate to this program you can do so here on their website
They also have a Facebook Page

Right next to the Gibbon Rehabilitation Facility is the Bang Pae Waterfall. I was expecting something perhaps resembling the falls in used to, but this was more like water going downstream over rocks. But apparently that's a waterfall. I didn't spend much time there, the weather was lousy and honestly I only made the hour journey to come to see this Gibbon Preservation project. 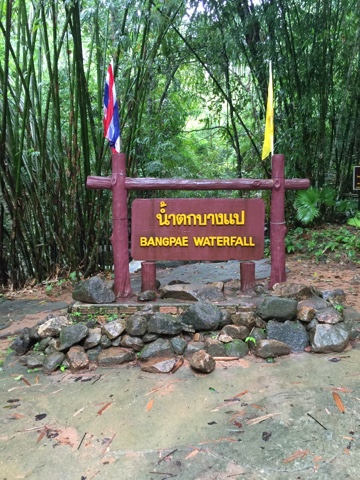 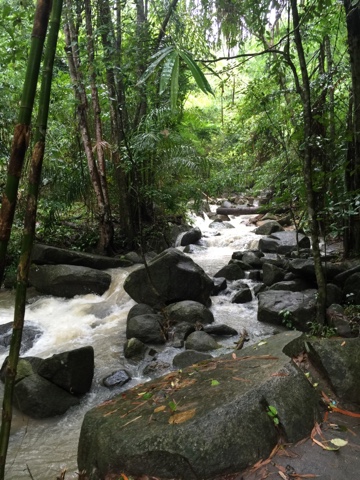 Hopped back in the hired taxi and went back to the hotel only to drop off my belongings and jump into the hotel shuttle to head to Patong Beach (the popular area).
Wow, I'm glad I'm NOT staying in Patong Beach. Perhaps I'm just too old for that scene, but yeah, it's VERY touristy, and dirty, and...every single bar has a pole.
It's probably quite fun if you're in the young and dumb phase, but at 35, I do feel as though I've moved on from that. I hope.
There were lots of "services" being offered, people selling the same crap they sell all over the island...just not my cup of tea. I did have a really great meal though.

I tend to follow one general rule when it comes to eating, if there's a line then it must be good, and you must wait in said line. And so I did...wait in the line, in the pouring rain, for a restaurant called Number 6. Traditional Thai food at an amazing price! I paid 290 baht ($8) for my meal which was essentially 2 meals because I brought half home and ate it for dinner! 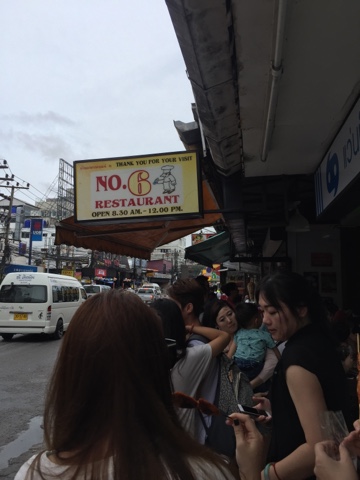 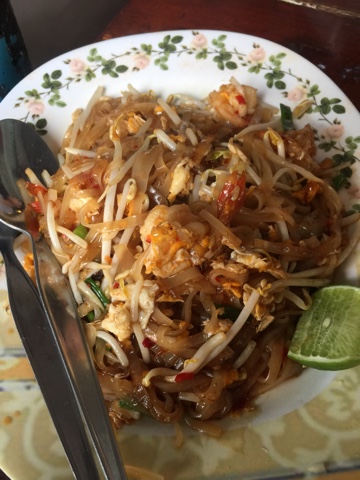 The weather really was horrible. Despite having the umbrella I was drenched. Doing outdoor walking street things becomes un-fun quickly! I eventually headed back to the hotel before things got too crazy in Patong Beach, nobody was on a stripper pole yet, and thankfully you can't get herpes or anything via airborne because that place seems to be crawling with ick.

When I got back to the hotel I had to do a quick unpack/repack/reorganize. I'm leaving my luggage at the hotel tomorrow as I venture to lands unknown. This could be a huge mistake, the sea was really rough today, and I get sea sick...and I'm taking a 3 hour ferry first to Phi Phi (pronounced Pee Pee, haha!) Island then to Krabi. I'm literally bringing almost nothing with me because I'll be there one night before coming back to Phuket for one night, before heading to Cambodia! Tired yet?!

Off to my comfy princess bed for some zzz's! Early up tomorrow for a long ass day, perhaps I'll see the sun, probably not.
2015 Adventure Asia explore Gibbon Rehabilitation Project Gibbons Passport Stamps passport to the world Patong Phuket save the animals see the world single girl on the go Thailand Travel