After breakfast I found a tuk tuk and started my adventure. Adventure would definitely be the accurate way to describe things. We took some back roads which lacked serious infrastructure while my tuk tuk seemed to lack shocks. Then my tuk tuk driver got lost trying to find the location I was going to which was actually just a few km from the hotel. And of course he had to stop for gas which is an interesting experience in itself. It's not exactly a gas station! 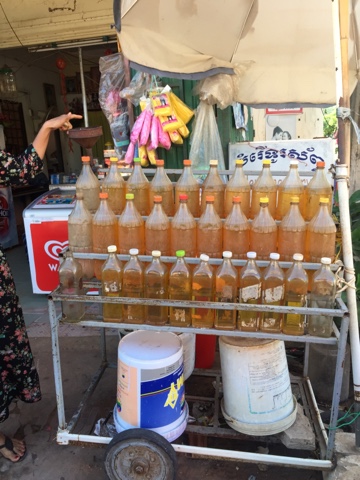 Yes that's gasoline in those...water bottles? liquor bottles? what happens is she uses that rusty old funnel and just fills you up. It was the same in Thailand. I'm not sure of the price here, but it was 40baht in Thailand!

I made it to the Handicraft Association (which in itself is an amazing organization...non-profit, they sell goods from local villages and give the money back to them, they had some great items, weaving, pottery, you name it, all kinds of crafty things). I was there to make some kind of item out of a cement bag and I was kind of freaking stoked! I had in my head that I wanted to make some kind of reusable grocery bag but I changed my mind quickly when I saw a toiletry kit. That became the winner, I would soon dread my decision and come close to tears with the damn thing. Being a perfectionist is not not a good match for this project, especially when you are not a seamstress, and you're using a sewing machine that has 2 speeds. Stopped, and turbo fast. After a few mental pep talks I relaxed a bit, and really had a blast. Thankfully the ladies were so freaking patient! I mean, saints! They helped when they probably wanted to slap me in the head with a cement bag... 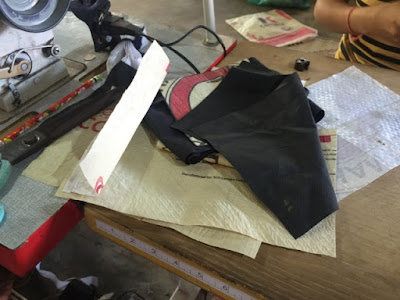 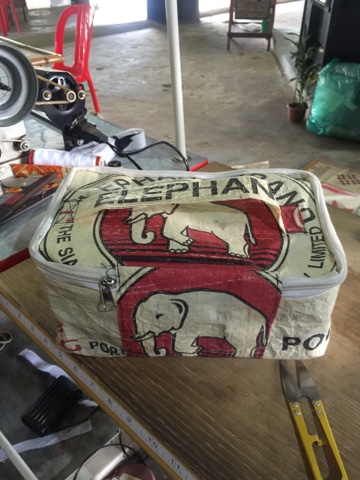 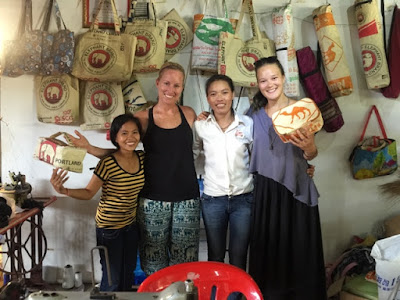 I can't recommend this activity enough for someone who is wanting a more cultural experience without the crowds, it was a nice change from the touristy sites of yesterday!

I hopped back into my tuk tuk (I basically had him for the day for the mere price of $9) and went back to the hotel to slap on some more deodorant, down a bottle of water, and drop off the toiletry bag before heading out the door for my next backstreet academy adventure.

Back in the tuk tuk, this time to meet Bel for a copper wire bracelet making workshop. He is a landmine victim who lost his entire right leg. He met me at a boutique hotel about 1km from my hotel and picked me (and another person) up on his motorbike). 3 grown ass folks on a motorbike. I unfortunately was the peanut butter and jelly in that sandwich. It was an experience and thankfully a short ride. I attempted a selfie whilst jammed between two adults on a motorbike with no helmet but when I nearly toppled off as we hit a dirt road with holes and puddles I figured I had better put the camera away.
The workshop is held at his home which is also an orphanage. When I was there some Portuguese volunteers arrived to teach the children English. It was quite a scene, like wrangling kittens, and the poor young volunteers had minimal control!
The materials were all laid out and ready to go, I got to pick the style of bracelet and off I went with lots of guidance and instruction thankfully from one of the women (one of the main artisans, she also makes bags of rubber...tires). 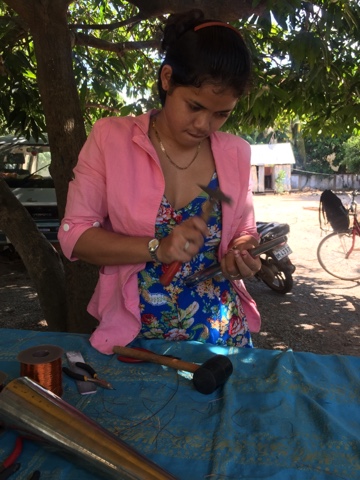 She was so sweet and patient with me! When I was mid crafting and super focused, this little cutie wrapped himself around my legs and wouldn't leave, I asked her if the kitty had a name, she said "no. I just call him meow meow". So I started referring to him as "no name" kitty! 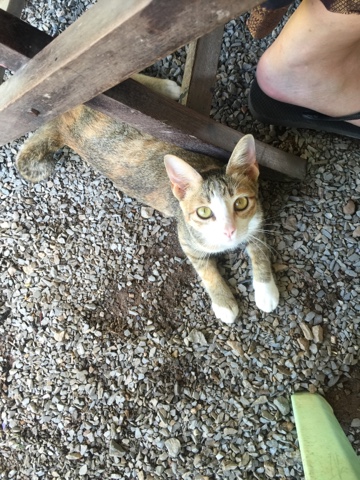 After lots of work and wrapping of copper, this is my finished product. I'm pretty happy with it! 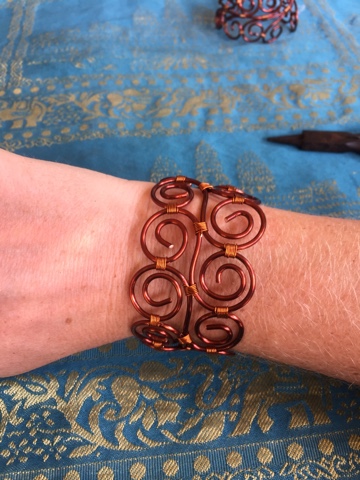 This was a really amazing experience to be totally immersed in culture. To be in people's homes and see them as they are naturally. To learn from them, about their history and where they are from, to interact with young children as they practice English, and to learn about the impact of landmines on this country and in particular on this man. Such a priceless experience, one I will truly never forget.
As a gift they made me this ring, I love it :) 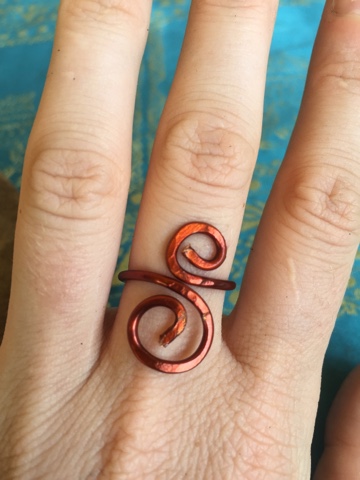 After this amazing adventure it was back in my trusty tuk tuk and back to the hotel, I was exhausted after an entire day in the sweltering heat (I mentioned that these places don't have AC right?!)
I'm sure it's not a sign of my personal filth that when I took my hair out of a ponytail, a mosquito flew out...that MUST be because of the excess of mosquitoes I was exposed today and not an indication of how completely nasty I am. That's what I'm going with. And now I'll shower to make sure it didn't lay eggs in my head!

Dinner tonight was awesome. Surprisingly. I was totally lazy and was going to order room service but the menu sucked, so I walked down to the hotel restaurant, looked at the menu (they had a freaking picture menu...any restaurant that gives me pictures of what a meal looks like is a total win!). I had Spicy Prawn Salad (that mofo was fire) as well a traditional Cambodian fish dish. Both completely blew my mind in terms of flavors and presentation! I was thrilled with the meal, and my bill was only $10! Of which I paid with both Riel and USD, don't ask me how, I have no idea, I just show them how much Riel I have and let them figure out what to take, I could use my currency converter app but it's not worth the energy since I know whatever Riel I do have is less than $1. 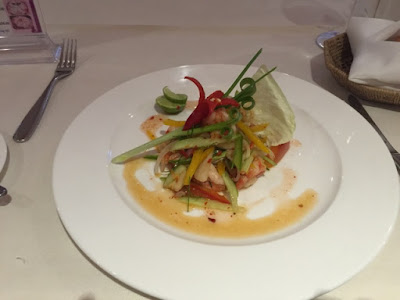 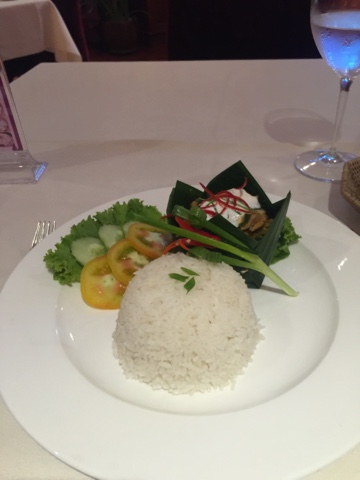 Tomorrow I pack up and fly to Bangkok for the night. Wow. What an adventure it's been. For this brief moment in time...I am at a loss for words...