Bali Day 8: Down day but never a dull moment in Ubud!

Today was the first day since arriving in Bali (on vacation mind you) that I haven't set an alarm, and it was amazing! Granted I still got up before 7am, but still, it was great to not have that pressure to rush in the morning! Breakfast was later too, making a nice easy start to the day.  Olek made another appearance for breakfast, this time coming right up to me and letting me pet him. Ogie told me that Olek likes to play with people and will bite, not hard, but that he will bite. He hasn't tried that one yet with me. Perhaps he's warming up to it. 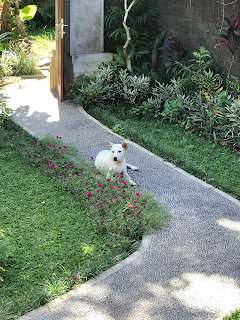 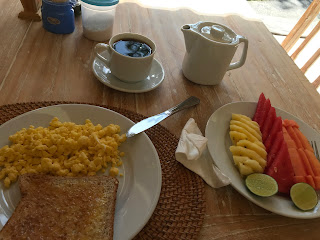 After breakfast it was time to venture off through the neighborhood and into downtown Ubud. While I've done this drive a million times with Made, I've never actually done the walk. I'll say, it's sort of scary in the car, and it's extra scary without that protective shell around you. There aren't sidewalks, there are lots of curves, cars and motorbikes come flying around corners with the occasional warning honk, their mirrors skimming by your body. It's sheer madness. It's also a really beautiful walk with trees overhanging above you and little shops, restaurants, meditation centers, yoga studios and other crunchy shit along the way. Part way there there is a REALLY high bridge and to the left in the distance you can see what looks like a beautiful temple. There also happened to be some stairs that looked like they led down in the direction, sort of. Off the beaten path I went! 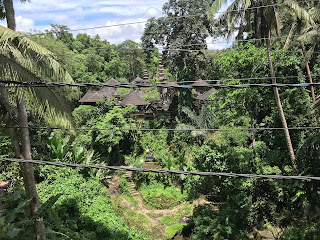 Once you climb down some very uneven metal/concrete slippery steps you are at the water, the bridge above you, and the temple not in sight but somewhere in the near distance. walking along the path to the river I came across a VERY questionable bamboo bridge that at first step a piece sunk under my food, not a good feeling when crossing over some very brown water (yes I realize I had just been swimming in said water a few days prior). Thankfully I made it across without taking a dip. Up some more stairs and quickly into view is yet another beautiful Bali temple. This place does not disappoint with it's religious structures. They are everywhere, sometimes in the most unsuspecting locations, and more often than not they will stop you in your tracks and take your breath for a second. This was no exception. I even uttered the words "oh wow" as I came up the last set of steps. 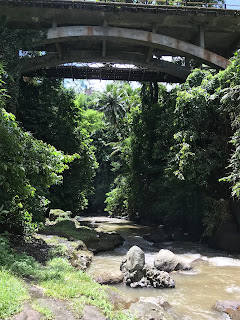 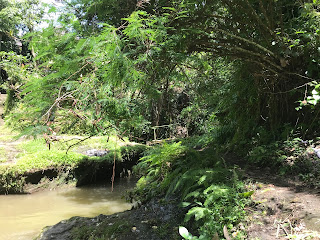 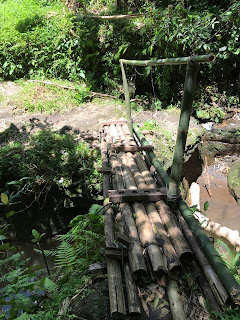 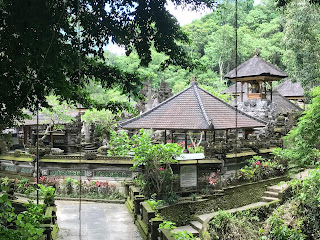 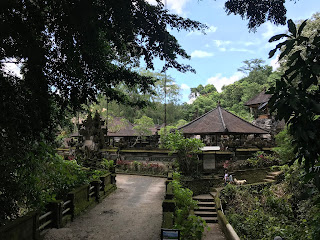 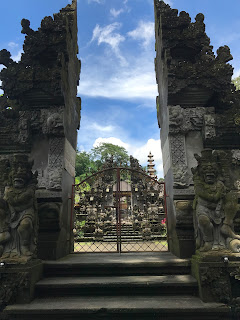 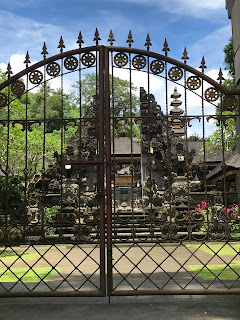 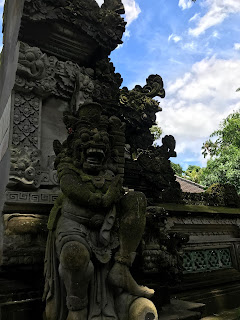 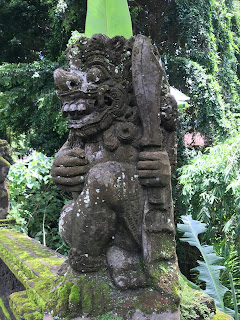 Proceeding up the hill further, carrying on with the adventure, not knowing where the road would go, ended up being a good choice as the road let back out to the main road! All along that main road heading in to downtown Bali (and along that main strip) you will find people with various services, or just people begging for money). The taxi people became sort of hilarious to me. They hold signs, some more creative than others, and often say "taxi, you need a taxi" At one point I decided to beat them at their own game and flip the script on them, before they could ask me I asked them. They weren't quite sure what to do with it (I only did this after being asked no less than 50,000 if I needed a taxi).

Stopped for lunch today at Oops. I've seen this place so many times driving with Made and have always wondered about it. It had good food, good wifi, happy hour (for those interested), a not filthy bathroom (hard to come by in Bali, shit I miss Japanese bathrooms), and was out of the hot sun. While in there some other tourists came in and I couldn't help but stare at this guy. Like train wreck stare. This guy had a short haircut, but on top of his head he had taken the man bun to a whole new level. He had somehow gotten extensions (braided) and they were sitting on top of his head (proudly) like a little nest. He clearly needs new friends/family since they let him pay money to have that done 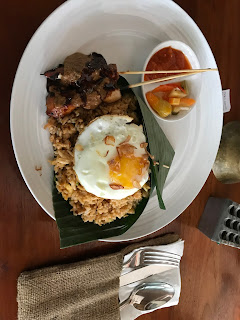 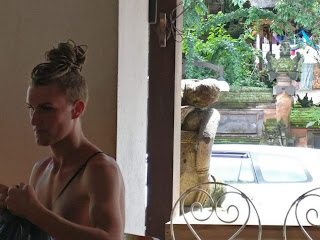 Walking along downtown Ubud is rather entertaining. The little alleys house vendors of all sorts but they all start to look the same after a while. Dream catchers, elephant pants, wood carved monkeys giving the middle finger, giant wooden dick bottle openers. I bought none of the above. Although tempting on the giant dick bottle opener...Just don't need to have a hold up coming back into Japan, they're kind of funny about sex paraphernalia and I'm not trying to spend the next 29 days eating rice and fish heads without the ability to phone a friend. 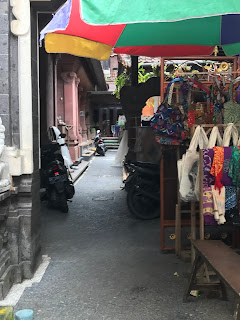 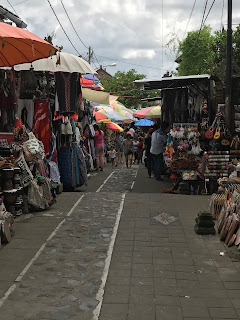 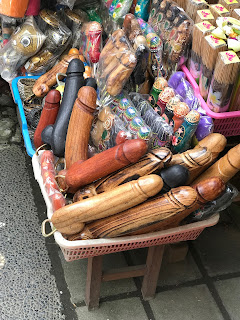 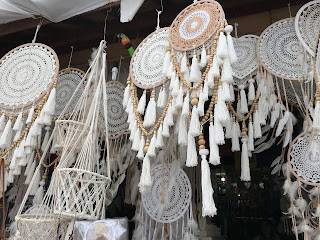 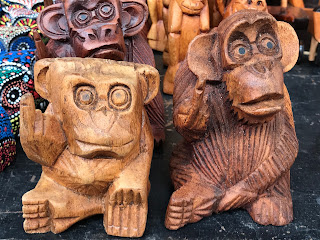 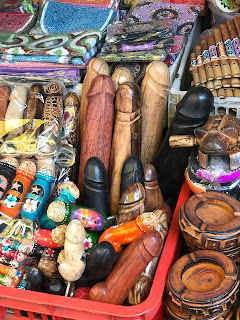 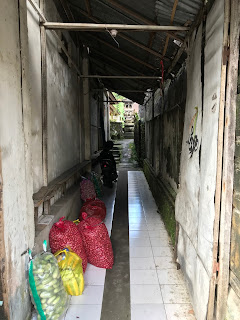 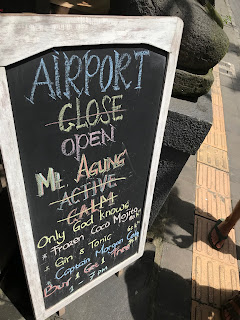 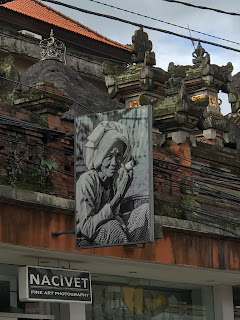 While walking along I did find a realtor office. I almost left my life as it exists and moved to Bali for real. The price of a villa is so manageable it's almost frightening. If I disappear from life, don't come looking. Just know that I'm in Bali living as a #freebitch!

Stopped in several convenience stores along the way. Convenience stores are super disappointing compared to Japan. Boy do I miss my peanut butter sammies! I did try a really delicious drink. It has 3 legs on it and the flavor I got was lime. Later at another store I tried one that had a rhino on it and was flavored lemon, this one was nasty, it tasted like country time lemonade powder mix. I made a mental note to only drink the 3 legs lime and not the rhino lemon. You need to remember these things! 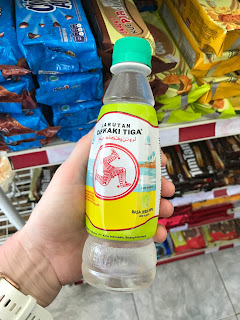 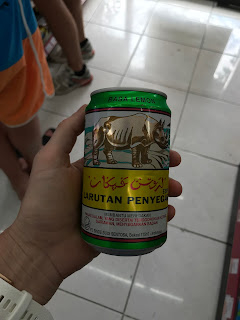 The best purchase of the day is a toss up. It's either my hair conditioner (my hair is OUT OF CONTROL and unruly here), the sunscreen (thanks Japan security, this sunburns for you), or the natural bug repellent (because I've been bitten by something that now has my toe really swollen). Like I said, how could I ever choose, ha!

I was finally able to get into the pool today, it was nice a refreshing after being in the hot sun all day. This is only the second time since I've been in Bali that I've gotten into my villa pool. So disappointing. That was a major selling feature for booking this particular villa!

When I opened the gate to walk to dinner there was a big family of ducks just hanging out right there. As soon as I started to walk they scurried ahead. I wasn't quick enough with my camera and closing the gate to capture the scene but they have been added to the "there's a lot of nature" in Bali list!
Upon returning from dinner there was another GIANT toad/frog on the steps of my outdoor living space in my villa. So much nature. This toad (I believe it's him) has been making some horrible noises at night. He sounds like a mix between a sheep and a pig.

It was so strange not spending the day with Made today. I hope that he was able to rest and relax and spend time with his family. Tomorrow we have a VERY big day, be prepared for another epic adventure!